Learn about video file formats that are supported by various PowerPoint versions. Formats range from commonplace file types such as MP4 to some exotic types. 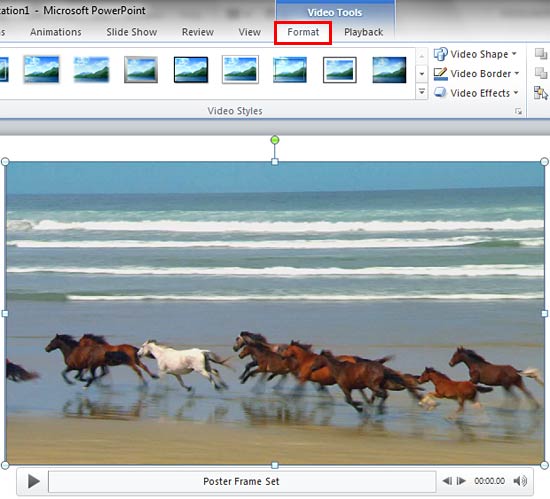 AVI files were synonymous with video clips in Microsoft Windows, and except in rare occasions, these were not very well compressed or optimized, and thus had larger file sizes. Nowadays, most users don't use AVI video clips, unless you have some older clips that you want to use.

After the MPG file type made it possible to achieve amazing compression levels, Microsoft introduced their own file type known as ASF, which was part of Microsoft NetShow. ASF stood for Advanced Streaming Format. You could have both audio and video ASF files, and that was a little confusing. So, Microsoft changed the nomenclature from ASF to WMA and WMV file types, which mean Windows Media Audio and Windows Media Video respectively.

QuickTime is Apple's old video format. It wasn't too widely used on the Windows platform. Like the AVI format, it isn't used much these days.

MP4, which is also known as MPEG-4 Part 14 is a popular video file format that supports video (and audio) but also subtitles and still images. The MP4 file format was developed by Moving Picture Experts Group (MPEG), and was based on the QuickTime MOV video format, but since then, it has evolved further.

MPEG is a video encoding standard that compresses slower but decompresses faster, which makes it a good file format to use in PowerPoint slides.

The Flash SWF is a video animation format that was hugely popular some years ago, and has now had diminished interest.

The Flash FLV format is a variation of the Flash SWF format used mainly for video rather than for animation. Again, this format now has diminished interest.

OGG is an open media container format that can include streams for audio, video, text (such as subtitles), and metadata. The video format of OGG is known as OGV.